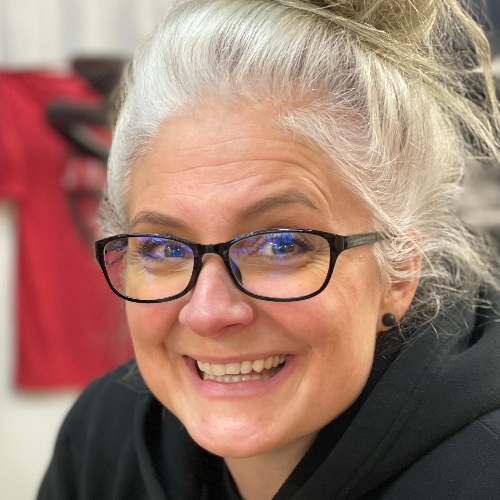 I played sports all throughout high school but was never a one-sport athlete. In fact, I played nearly all the sports offered at my school; I skipped two, basketball and cross country. This didn’t happen because I was an amazing athlete, it was because I got bored. I would do a sport for a season and then change it up the next year because, well, I had already done that. I continued to be active in college playing varsity rugby and trying out intramural soccer. The sports I loved the most were the team sports, I liked the community they offered. Playing many different sports gave me great exposure to lots of different types of training and movement. I eventually went to college to learn specifically about exercise in hopes to make it into some sort of career one day.

After college and up until I started CrossFit (in 2015), I was on this on again off again roller coaster of working out and eating healthy. I would do something for about 3-4 months, start to get bored, then miss a day, then another, and another, and eventually I would be missing every day. I always had intentions of starting something new right away but most often I would end up doing nothing. CrossFit was different. It held my attention. I didn’t get bored. I knew about CrossFit for about a year before going to my first class. I kept putting it off because it had been at least a year since I had done any real exercise and I was in terrible shape, the worst I’d ever been in. What flipped the switch for me was when a coworker handed me an article about CrossFit Skopos opening just a few miles away. Having known about CrossFit I knew I would love it but I was still scared (like stomach-churning scared) to walk through the front door. The important thing is, I did walk through the door, then I did again, and again, and again. It was love at a first workout!

I grew up with the idea that nothing was impossible and that I could do anything I put my mind to. I was encouraged to try new things and get out of my comfort zone. Sometimes I would be successful and sometimes I would fail miserably. I also learned that failure was not a negative thing but rather a stepping stone to success. What I love about coaching is being able to help people achieve the goals important to them, whether it’s being able to do a pull-up, lift a heavy barbell, get off medication, or pick up the kids/grandkids without pain, or anything in between. Reaching that goal will have failures and successes along the way and as a coach, I get to help people through that process. One of the things that give me the most joy as a coach is the look on a person's face when they do something they didn't think they could do. That is such a great moment.